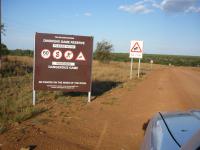 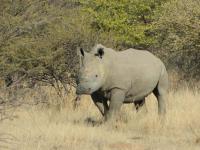 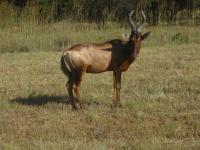 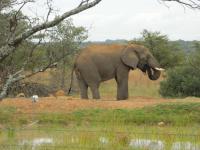 In 1996, the then Premier of Gauteng, Tokyo Sexwale, announced a project to develop a Big 5 game reserve in the area north-east of Pretoria. The Provincial Government’s vision was to capitalise on,

and develop, tourism through the creation of a significant game reserve, which would bring employment and economic development to poorer communities in the province. All capital expenditure to establish the reserve has been funded by government as part of its facilitative contribution to creating the Dinokeng Big-5 Game Reserve.

The Dinokeng Big 5 Game Reserve is a unique concept where private landowners have agreed to their land being incorporated into a game reserve, and government will support the expenditure on infrastructure to create the reserve. Landowners retain their landownership and benefit from developing their own tourism facilities and services, particularly beds, on their land holdings, and also from game related reserve income. Government achieves economic development, job creation and stimulation of tourism via a conservation initiative, without having to purchase significant land to form a reserve. 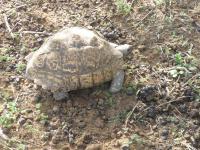 The initial start-up phase, fenced in to date, is 18 500 hectares with some 200 participating owners. Introduction of the the Big 5 animals has now been completed, earmarking the first free roaming lions and elephants in over 100 years in Gauteng.  Cheetah have recently been introduced and have settled in succesfully with three cubs roaming the reserve with their mother.

Negotiations are continuing in order to include key landowners in the area peripheral to the current project and planning is in place to add the third implementation phase, bringing the reserve to 30 000 ha, in the near future. Ultimately the vision for the reserve is to reach 120 000ha, making it a substantial park, larger in size than the Pilanesberg National Park at 57 200 ha. 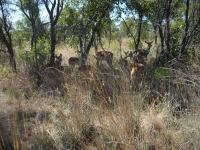 Dinokeng Game Reserve Conservation fees are in effect. This fee is regulated by the Dinokeng Management Association and will be utilized for the upkeep and management of the Reserve.  This once-off fee per entry is applicable to all guests entering the Reserve with a stay of 1 hour to 30 days and is payable upon exit of the Game Reserve.  Upon entering the Reserve the guests will receive a ticket at the boom gate from the automatic ticket reader.  This ticket needs to be presented for payment and validation at any product owner/lodge/operator enabling the guest to open the boom gate upon exit.  There are no cashiers at the boom gates.